“The surest way to guarantee you will lose a debate is to allow your opponent to define the terms, parameters, and worldview that will lie beneath your conversation. If we let them do this, our opponents will have won the argument before it even starts. While they pretend to be neutral, they are not. While they tell us to be open-minded, they are not.

In what TE Greg Johnson is calling a “war,” a thoroughly anti-biblical and secular concept has been snuck into the debate under the radar. If left unchallenged this concept will render the debate unwinnable for those who love God’s Word and the gospel and who long to see people liberated from homosexuality.

This secular concept is assumed, never argued for. It is taken for granted, never demonstrated. This anti-biblical and secular concept is sexual orientation. Until this is understood by both sides of the debate, we will continue to talk past one another. 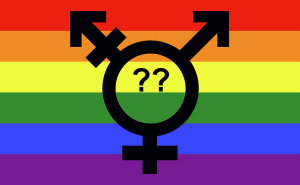 In an excellent lecture on homosexuality still available from Ligonier Ministries from long ago, the late Dr. R. C. Sproul said:

First of all, to deal with the homosexual is one of the most difficult problems we have to deal with. It would be so much easier for all concerned to just ignore the problem and say to people and to the world and to the homosexual, “Look, it’s ok. It’s alright. You’re just left-handed. It’s fine.” For me to do that is to commit perjury to the Word of God. … The problem is that so many have bought the myth that they are intrinsically homosexuals … and they have no hope of changing. They’ve been listening to a society that tells them they are sick and there is no cure for their disease. … That is telling them, in effect…