One place after another is using “cases” as the metric to decide whether people are allowed to experience joy or not.

So let’s meet them on that ground.

Yinon Weiss (@yinonw) has been heroic through this fiasco, and he just released a series of charts, along with commentary, that I can’t improve upon. So for today’s issue I’m sharing them with you.

“Santa Clara County (CA) was the first in the US to lock down. They ‘followed the science’ with perhaps the longest lockdown in the world. Gyms never opened. Indoor dining *never* opened. How did that work out?” 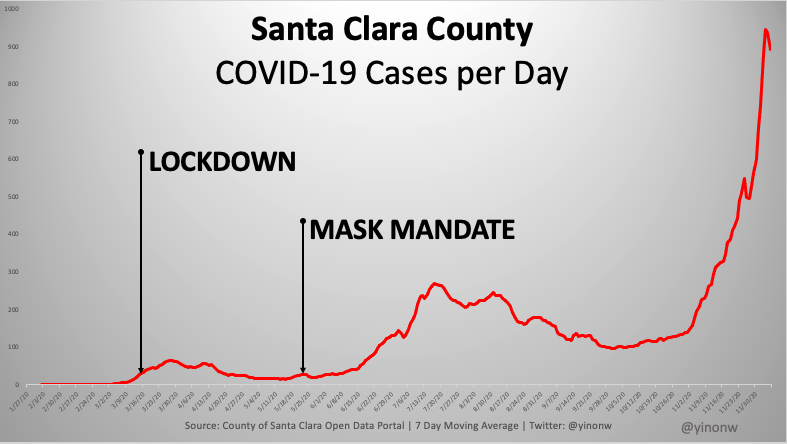 “Connecticut is the home of Yale and many intellectuals, so surely they followed the science. Except now they have the highest per-capita case count in the country. What about all those masks, lockdowns, and the almighty #science?” 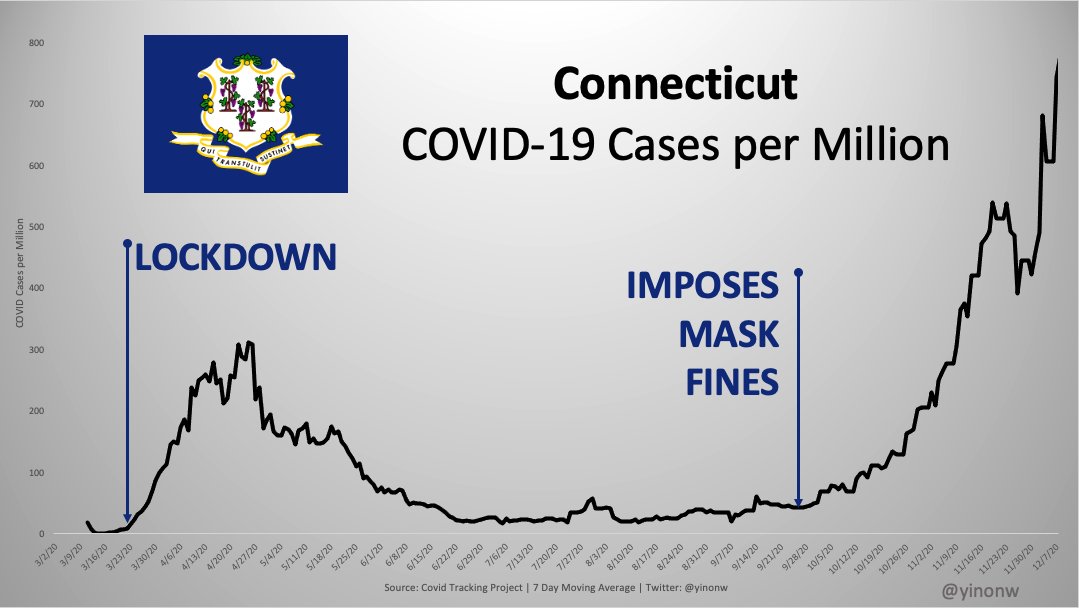 “Surely progressive Massachusetts, home to Harvard, MIT, and so many esteemed scientists, would follow the science. They used #science to require people to wear masks even if miles away from others in November. No schools, closed businesses, and a curfew. Surely that would work?” 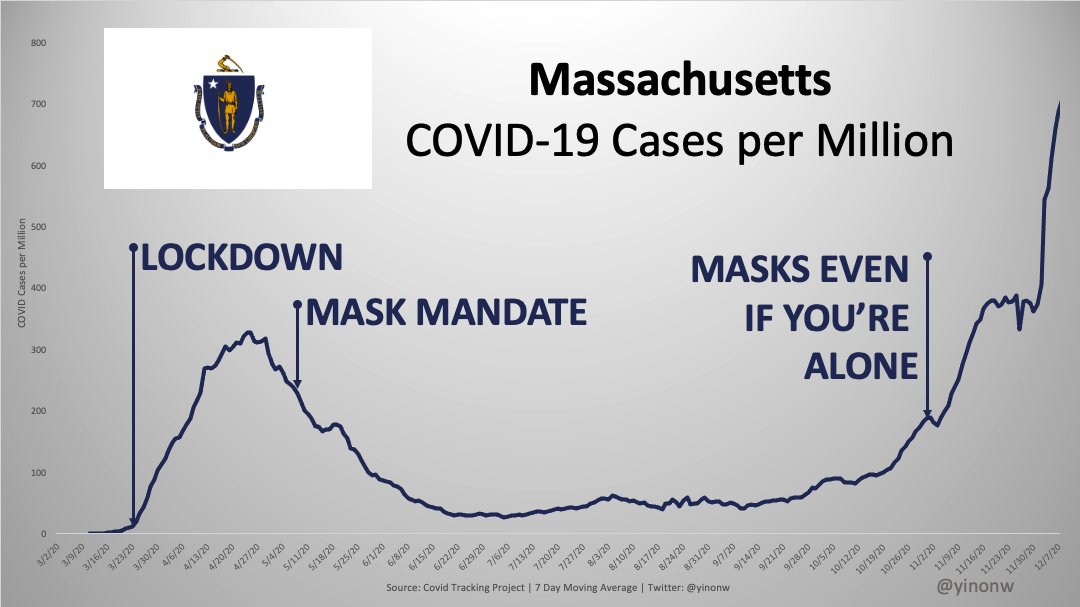 “Let’s visit the West Coast where highly scientific California loves following the science! Remember all those beach closures? Curfews, no schools, and destroyed businesses are a high price to pay, but surely it’s worth it at the altar of #science. How is that working out?” 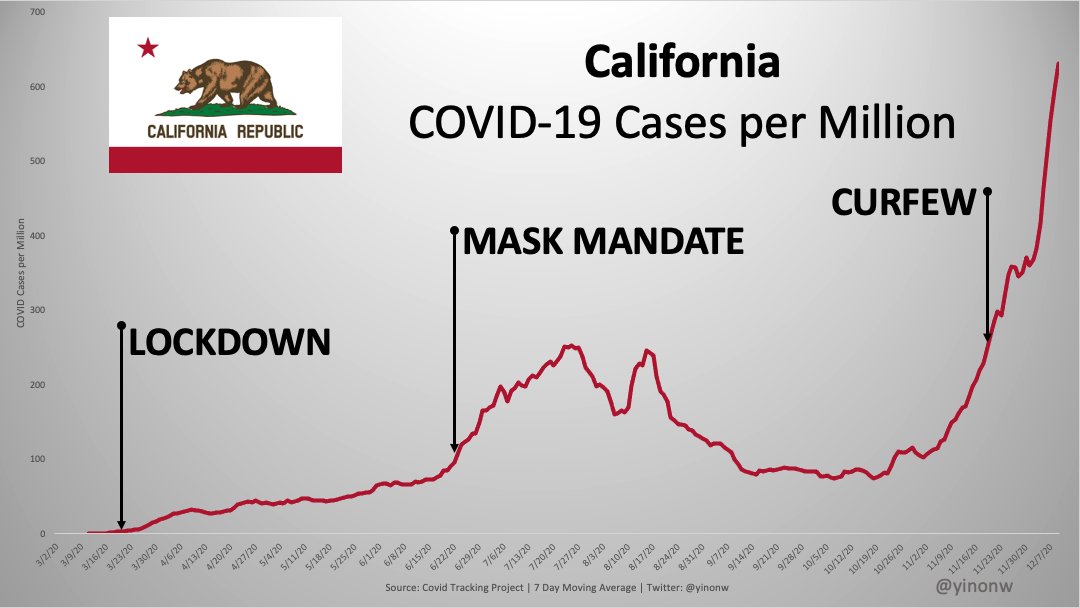 “But wait, maybe science was right and it’s the people’s fault! Even when separated by 2500 miles, the evil residents of CT, MA, and CA all decided to get lazy at the exact same time. So let’s not blame false idol scientists and clueless politicians. Let’s blame the people!” 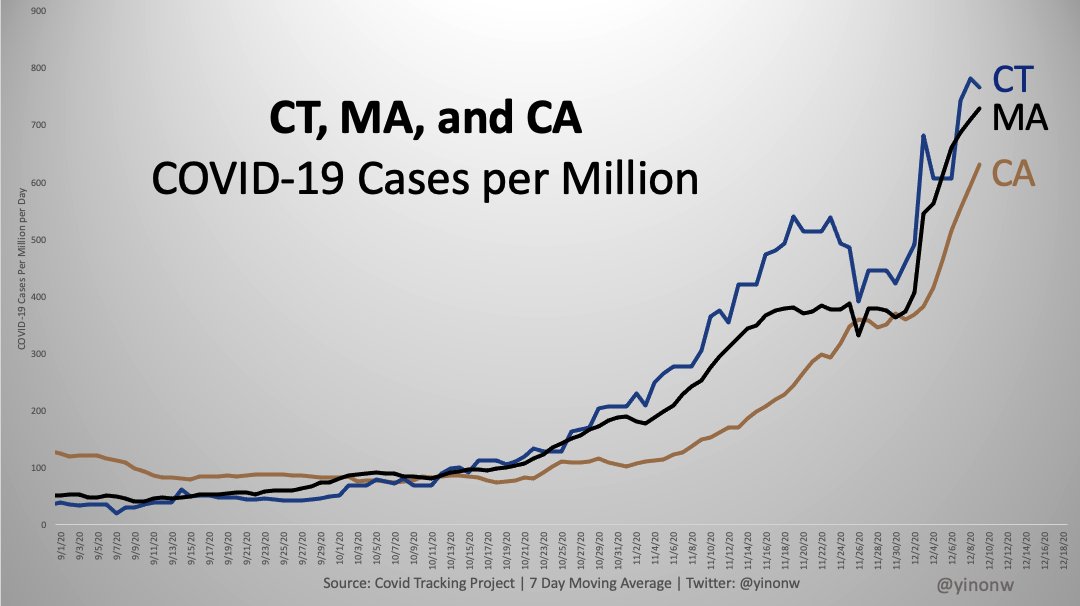 “Ok ok, but it would be so much worse if they didn’t follow the #science, right? Let’s look at Florida, which effectively ended COVID restrictions on Sept 25th. Those crazies with their open schools, open business, and people who get to live their lives. Barbarians!” 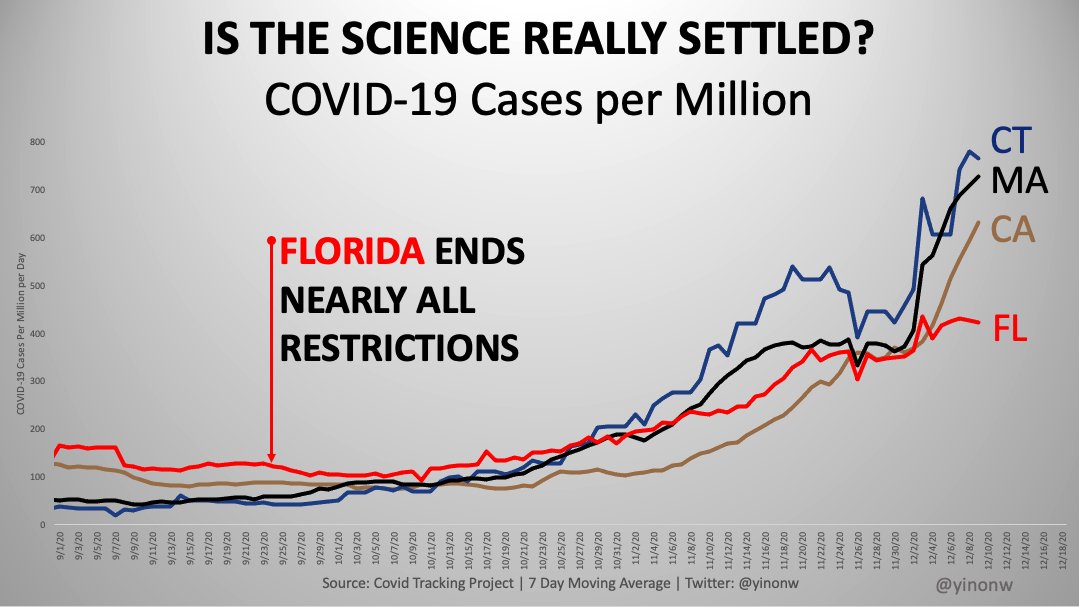 “Not to be left out, New York and Governor Cuomo love to brag about all the science they follow. It’s all about the #science! Only problem is that NY/NJ have the highest per capita death rate in entire world. If that’s what it means to be a scientist in 2020, I’d rather be a pagan.” 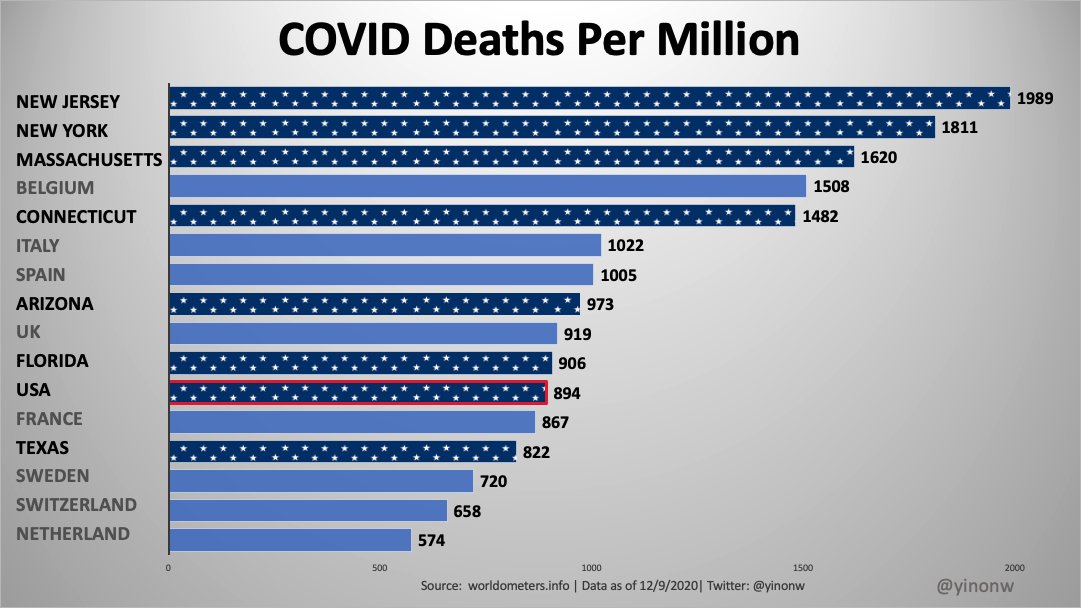 The ruined lives, the global wreckage — was it all for nothing?

We are not permitted to raise the question.

As always, those are the very questions we need to ask.

If the insanity has reached a point that you’ve decided the time has come at last to join my private group, where you’ll be surrounded by normal people and be able to stay up on what’s actually happening as opposed to panic-mongering lunacy, I remind you of an added bonus: the group is permanently off Facebook.

So if that was holding you back, no longer.

Summary: Our “scientific leadership” is self-serving and repulsive.

As well as empirically mistaken.

But perhaps I am making a mistake, in assuming that establishment scientists place political advantage above reality.

Let’s see if I am proven wrong as the coming months and years roll by.